Big Data Is Empowering a Revolution in FinTech, and It’s Taking Place in China 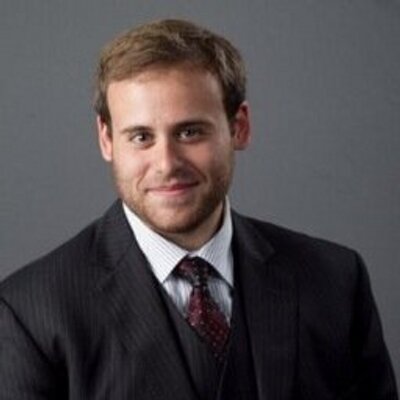 $3 trillion per year. That’s what a recent McKinsey Global Institute report estimates is the total economic opportunity presented by Big Data to the world’s major industries. That’s 10% of the entire $30 trillion labor market, or nearly the entire yearly revenue of the United States federal government. Despite the clear economic value Big Data promises CEOs and their boards, success remains elusive. In fact, Gartner reports only 15% of Big Data projects have found any kind of success.

To understand where and why Big Data initiatives are succeeding, look no further than another economic success story: China. In only a few short decades, China has flourished into the world’s second largest economy, and boasts a growth in GDP larger than all other top 5 economies (excluding the U.S.) combined. While much of China’s success is attributed to its manufacturing industry and infrastructure projects, it’s the country’s financial services industry that serves as the engine keeping those projects running - an engine fueled by Big Data.

But what sets these Chinese banks apart from their global peers is not that they are data-driven, but in how they utilize that data. One bank in particular, China Merchant’s Bank (CMB), is leading the way when it comes to turning data into profit. In only 30 years, CMB’s growth has mirrored that of its home country, going from a small operation to the best retail bank in China. Today, it ranks as number 213 on Fortune’s Global 500 List and its size rivals that of 150 years-old Goldman Sachs. For CMB, the key to their success has always been in putting technology first. It’s why they were one of the first banks to incorporate Big Data initiatives into their strategy.

Now, in 2019, virtually every big bank has a Big Data strategy. But many continue to report mixed results, and nowhere near McKinsey’s purported $3 trillion. But CMB is finding success, and in its search for future growth and its transformation into a FinTech powerhouse, it believes it has figured out what makes extracting value from Big Data so difficult. It’s now making a big bet that it’s right.

This is why CMB’s next major technology play has come in the form of complete overhaul of their Big Data analytics platform. Up until now, CMB’s data architecture followed a similar playbook to the rest of the industry. Like many, CMB was housing lots of critical customer data in disparate siloed data sources across their network. Any attempts to bring the data together for complete analysis meant additional work for IT and days or weeks of waiting for proper connections to be made.

“Unifying Big Data infrastructure is a tall order for any organization, and this is especially true for China’s leading retail bank” says Yang Li, CTO of Kyligence, the Big Data analytics company whose solution CMB ultimately chose to be the unifying platform for their Big Data infrastructure. “Many companies miss the point when investing in Big Data. They think all they have to do is collect it and new opportunities will just appear. This is not the case. Companies succeed on the insights of their analysts and data scientists, not the size of their data warehouse or data lake.”

This was the critical point CMB understood, and this was why they made insight generation the focus of their new initiative. Because of this, they’ve built their new platform for speed. Leveraging online analytics processing (OLAP) cube technology and open source storage solutions such as Hadoop, CMB business decision makers no longer need to rely heavily on IT to deliver the data they need for their decisions as everything is in one centralized place.

“In the past, due to the limitations of our previous multi-dimensional analytics tools, we faced challenges of constrained time range in queries, exploding numbers of data cubes and huge maintenance workloads.” Laments Wu Ying, VP of CMBs Development Center, “After the launch of this new unified data platform built around Kyligence Enterprise, we resolved those pain points and drastically improved our query performance and business query’s data coverage. We are considering leveraging multi-dimensional data cubes to replace a number of fragmented legacy tabular reports in more business units, so that we can provide better analytics services to our business users.”

“China Merchant’s Bank has made a big bet on Big Data” adds Lei Yan, a senior solution architect of Kyligence who helped lead CMB’s digital transformation. “So far, the results have been spectacular. Their data team is very quickly becoming one of the most agile and insightful teams I’ve ever seen in action. This is what you get when you make data insights, and not just collection, a priority.”

CMB’s story of digital transformation is impressive, but it is far from unique. Globally, enterprises are starting to wake up. They’re realizing that data capture is only half the battle. They’re now turning their attention downstream towards their business intelligence and analytics tools and infrastructure.

You don't need to be a Fortune 500 bank to start enjoying the benefits of Kyligence. Our OLAP Big Data platform is perfect for any organization in any industry that is working with massive datasets. See for yourself how the augmented OLAP technology Kyligence offers for enterprise (and in the cloud) can help you scale up your big data analytics cloud operations, accelerate your queries, and uncover insights better than any other Augmented Analytics solution on the market today:

Even more great information can be found about Kyligence, Apache Kylin, and OLAP in our OLAP learning center. And if you're curious about how Kyligence compares to Apache Kylin, check out our Apache Kylin Comparison page. Be sure to follow us on LinkedIn and Twitter for the latest Kyligence product updates and announcements.

The market landscape for data architectures has changed dramatically over the last 20 years. Many enterprises have made the journey from traditional on-premises...
Jun. 16, 2022
Blog | Company

In this article, we’ll dive into the unified Metrics Platform at Beike, introduce Beike’s practice of building the Metrics Platform infrastructure using Apache Kylin and some real use cases at Beike.