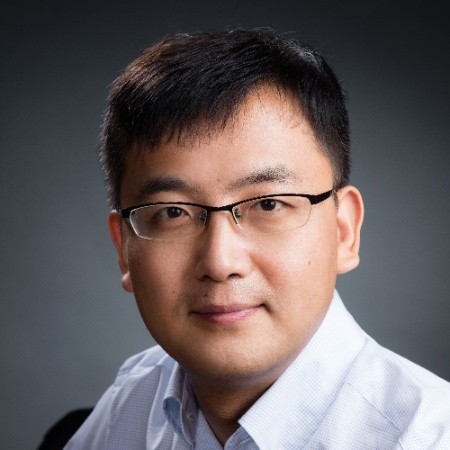 Today, in the era of big data, extreme OLAP technology becomes more important and challenging than ever before; and cloud computing makes this even more true. This article introduces how Kyligence, a cutting-edge big data intelligence company, leverages Alluxio to boost their performance in the cloud.

Founded in 2016, Kyligence Inc. [1] is a big data intelligence company that offers solutions for big data analytics. Kyligence’s product is based on open source technology of Apache Kylin.

Kyligence’s flagship product is the Kyligence Analytics Platform (KAP), powered by Apache Kylin but with more enterprise-level features. With KAP, users can access business intelligence (BI) capabilities on Hadoop with industry-standard methodologies for data warehouse and business intelligence and analytics operations. As part of this, KAP simplifies analytics by providing self-service, seamless interoperability with popular business intelligence tools – no programming is required.

KAP leverages Hadoop MapReduce and Spark to build source data into OLAP Cubes; The OLAP Cubes are persisted into KyStorage. KyStorage is an optimized columnar storage format on the distributed file system like HDFS. When SQL query comes, KAP translates it to the execution plan in Spark executors over KyStorage.

In an on-premises cluster, HDFS is the most widely adopted filesystem for Hadoop and Spark. With the data locality and OS file cache, the performance of HDFS is good; and with the file replicate default being 3, the availability is also acceptable.

While on Cloud, HDFS is not the best choice. The cluster is provisioned on demand and can be scaled out and in by workload metrics. The local disks of the virtual machines will be erased when a node is stopped, which may lead to data lost.

In this case, cloud storage services like AWS S3 and Azure Blob Store, with nearly unlimited capacity and more than 99.999% SLA, become good alternatives. Hadoop products like AWS EMR and Azure HDInsight have provided native support for these storage services. User can transparently access them from MapReduce, Spark or custom applications just like a normal distributed file system.

Although cloud storage services provide much better scalability and durability than HDFS, its performance is limited by the network bandwidth of the VMs that you rent. Besides, the cloud storage service like S3 is not a real file system; its metadata operation like ‘list’ is heavy, and ‘rename’ is really a ‘copy’. All these make the overall performance be away from HDFS.

KAP, as an extreme OLAP engine, relies heavily on the performance of the distributed file system. Before introducing Alluxio, we have to endure a performance downgrade when moving to Cloud or need do extra copy between S3 and HDFS to get a balance between performance and durability, which makes the deployment and maintenance complicated and error-prone.

To overcome the storage limitations on cloud, we were planning to add a cache layer over the storage services for KyStorage. Then we noticed Alluxio.

Furthermore, Alluxio provides tiered storage which can manage SSDs and HDDs in addition to memory, allowing larger datasets to be stored in Alluxio. Data will automatically be managed between the different tiers, keeping hot data in faster tiers.

With Alluxio, we do not need code or architecture change. Install Alluxio into the nodes where Spark runs, and then mount S3 bucket or Azure Blob Store as its underlying file system. After that, we configure KAP to go through Alluxio file system to read the KyStorage files on S3 or blob store. The first load might be a little slow as Alluxio needs read the data into memory. But the subsequent accessing is much faster than before, because Alluxio can smartly return the data blocks from the local worker where the Spark executor runs.

Here is the architecture after adding Alluxio:

With hot data being cached in Alluxio, the performance of reading KyStorage can be boosted, thus improving the query performance and throughput significantly. We did benchmarks on AWS and Azure separately, the result verified this assertion.

Apache JMeter runs the SSB queries against KAP, with query cache disabled, so each time it needs read the KyStorage from storage. We collected the query performance on S3 and on Alluxio (with S3 as underlying FS) separately. Below are the statistics of running SSB on S3 and Alluxio.

After comparing the average query latency for all queries, we get the following chart:

It can be seen from the above figure that the average query latency is 0.4 seconds on Alluxio, and 1.8 seconds on S3. KAP on Alluxio shows 4x faster performance than directly on S3. Even the slowest query is still a little bit faster than on S3.

In order to understand the performance of Alluxio on Windows Azure Storage Blobs (WASB), we made another test. This time we selected a real scenario (user profile), and added HDFS in the comparison. The sample queries were collected from a web application. We ran the query multiple times to get an average time.

The sample queries are:

Here is the average time of the queries on three storage systems.

It can be seen from the above figure that local HDFS has the best performance in 4 out of 5 scenarios, and Azure blob store takes the longest time in all cases. Alluxio’s performance is between HDFS and blob store, but very close to HDFS. On average, Alluxio can help KAP getting 3x to 4x performance improvement than directly reading Azure blob store.

Alluxio enables effective data management across different storage systems through its use of transparent naming and mounting API. With Alluxio, KAP can gain a good balance between performance, cost and management effort in the Cloud.

Every Product Will Be a Data Product
The New Retail Revolution: From "People-Product-Place" to "North Star Metric"
Getting Started with OLAP on Azure
Do You Need OLAP on Big Data?
How a leading fast-food brand implemented Precision Marketing to maximize profit
All articles