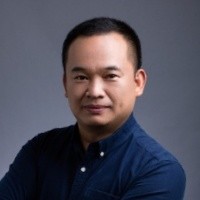 Today, I’m excited to announce that Yang Li and I are forming a startup called Kyligence, a company focus on big data analytics and the open source project Apache Kylin that we created while at eBay.

The Kylin (or kirin, qilin, 麒麟) is one of the “Four Divine Creature” (四灵兽) known in ancient Chinese legend, the other three are the Dragon, Phoenix and Turtle. The mythical Kylin is an oxen-hooved animal with a dragon-like head surmounted by a pair of deer’s antlers and flame-like head ornaments. It has the scales of a snake and a hairy and curly tail. In some aspects it resembles Western unicorns. Like the European unicorn, Kylin symbolizes longevity and prosperity. This animal came to Big Data ecosystem called as Apache Kylin, now, an Intelligent Kylin company, Kyligence, makes his debut.

Apache Kylin, designed for petabyte-scale OLAP on Hadoop, it fills the gap between Big Data exploration and human use, enables interactive analysis on massive datasets with sub-second latency for analysts, end users, developers, and data enthusiasts. Apache Kylin is top-level project of Apache Software Foundation and is continuously developed by many committers and contributors from all over the world. Apache has proven to be a fantastic place for open source project and we are very proud to be a part of it.

Apache Kylin open sourced less than 2 years but has been adopted quickly by multiple companies as a key big data analytics platform, including Baidu, NetEase, JD.com, China Mobile, Meituan and Expedia etc. Use cases include near real time traffic analysis at big e-commerce giants, data warehouse on Hadoop at big O2O company, user profile at bank, network traffic analysis at telecom company…there are more production use cases from game, advertising, retail, manufacture and others. One of the cluster ingests 10+B records per day into Kylin and still get second query latency as the result.

After working with many companies using Kylin through open source community, the feedbacks are very positive: ease of use, powerful analytics and none-invasive deployment to Hadoop cluster, but we also know the real environment and real use cases are more demanding and we can do better for enterprise users in areas like learning, tuning, monitoring and automation. Now, we have the opportunity to build more for the world.

We’re happy to announce that we’ve raised a few millions of dollars in seed funding from Redpoint Ventures. With this funding, we will expand the investment in research and development for people to build awesome solutions and applications on top of Kylin. The commercial entity is not in any way a signal of moving away from open source, on the opposite, the company now has more resources to contribute more to the open source project. Though we will offer some proprietary tools and products to complement the open source offering, Apache Kylin will remain 100% open source. Our first product, the Kyligence Analytics Platform is ready and will release in this week. The platform is an enterprise ready business analytics product which enables fast insight into petabyte-scale data with sub-second latency and ANSI SQL query capabilities on Apache Hadoop.