Kyligence is excited to announce the general availability of Kyligence Analytics Platform 2.1! The KAP 2.1 keeps the latest feature updates and bug fixes from Apache Kylin. Also, introducing new components KyStorage, KyAnalyzer and KyBot which focus on performance, efficiency and productivity. KAP has been verified by lots of early users.

KAP products matrix is as follows:

KyStorage：KyStorage, a columnar storage engine based on HDFS developed by Kyligence with independent intellectual property. It replaces HBase which is the storage engine in Apache Kylin, improves the query performance several times and reduces more than 50% storage space. Besides that, KyStorage enables full support for raw data query.

The release contains a long list of incremental improvements, in addition to the usual hundreds of bug fixed. Here is a partial list of those improvements. The main highlights of this release are as follows:

KAP 2.1 is based on the Apache Kylin 1.5.4.1 with bugs fix and more features introduced. The main new features including:

KyStorage, is a HDFS based columnar storage engine developed by Kyligence with independent intellectual property. The main updates including:

KAP vs Kylin on aggregation query performance (shorter is better)

KyAnalyzer is an agile BI tool developed by Kyligence, which can offer users ready-to-use self-service analysis capability; besides, enable users explore data source with the familiar drag and drop style, support drill down, row up, report design, report sharing and other features. The main updates including: 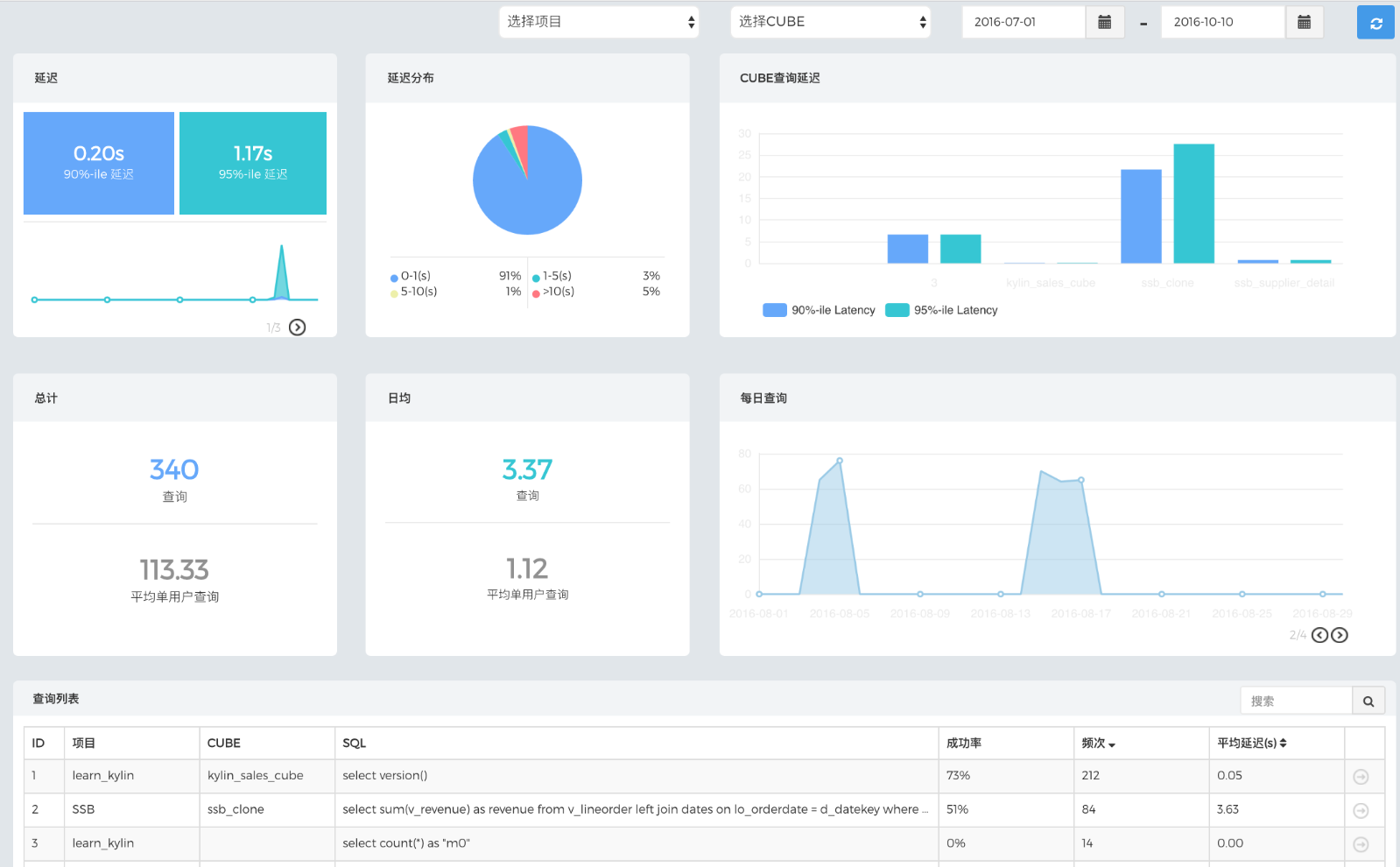 Kyligence offers the compatibility test for both KAP and Apache Kylin, collaborates with partners on product certification. KAP supports most mainstream Hadoop distributions.

Kyligence is the first start-up company formed by the early contributors of the top level project in China, the company is committed to further promote the development and evolution of the open source project Apache Kylin, provide Apache Kylin based big data analytics products and services, and expand the global user community to build a richer ecosystem.

Apache Kylin is top-level project of ASF which just open source one year or so but has been adopted quickly by multiple companies as a key component of big data analytics platform, including eBay, Expedia, Exponential, Baidu, JD.com, Meituan, NetEase, China Mobile, VIP.com and more are coming.

The company has received millions of dollars in seed round investment from Redpoint Ventures in early of 2016.

Executive Q&A: The Value of Improved Data Management
Overhauling Apache Kylin for the cloud
Kyligence Ranked One of the Fastest-Growing Companies in North America on the 2021 Deloitte Technology Fast 500™
Tech 10: Turning Big Data Into A Big Win - Kyligence
All articles

How should your organization respond to changing data management requirements? Upside spoke to Luke Han, cofounder and CEO of Kyligence, to discuss today's trends and best practices.

Overhauling Apache Kylin for the cloud

Kylin 4 upgrades the Kylin architecture to make it easy to deploy and scale in the cloud. The new release features three major platform updates and myriad other improvements.

Kyligence ranked one of the fastest-growing companies in North America on the 2021 Deloitte Technology Fast 500™, attributing revenue growth to adoption of Intelligent Data Cloud Platform.

Kyligence, originator of Apache Kylin and developer of the AI-augmented data services and management platform Kyligence Cloud, announced today that CRN®, a brand of The...
Nov. 08, 2021
News | Media Coverage

What Can AIOps Do For IT Ops?

“FAST QUERY RESPONSE Nevermind robots writing code. One AIOps dimension that can get overlooked is how AI can be used to prepare data for analysis and data science...
Nov. 01, 2021
News | Media Coverage

“The effective use of data is about as fundamental to finance companies as the use of electricity. The creation of useful intelligence about customers, markets, pricing,...
Oct. 27, 2021
News | Media Coverage

Kyligence has made InsideBig Data's Impact 50 list as honorable mention

Kyligence has made InsideBIGDATA's Impact 50 list as honorable mention. insideBIGDATA is in close contact with most of the firms making waves in the technology areas of...
Oct. 12, 2021
News | Media Coverage

Kyligence, originator of Apache Kylin and developer of the AI-augmented data services and management platform Kyligence Cloud, announced that it has been accepted into...
Oct. 01, 2021
Create Account